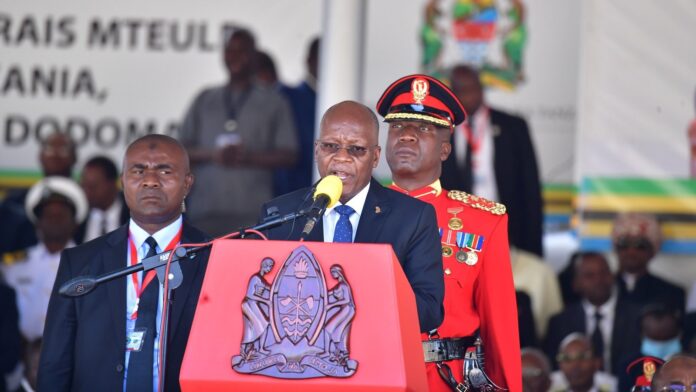 Just few hours after Tanzania’s Vice President admitted that it was normal for someone to have mild chest pains, in regards to the whereabouts of Tanzania’s president John Pombe Magufuli, the people of Tanzania are still restless and left by opposition leaders, they’re now demanding to know the president’s whereabouts.

Despite the Vice Presidents assurance on Monday 15th March that Magufuli was okay and working in his offices, Tanzania’s Opposition leader continues to maintain otherwise.

Samia Suluhu the TZ Vice Presideny who was speaking on a working visit to Tanga region had revealed that Magufuli has greeted Tanzanians very much and urged them to continue work hard. Opposition Leader Tundu Lissu tweeted that there were major developments in the country after millitary Parade vehicles were seen on the streets of Dar es Salaam. 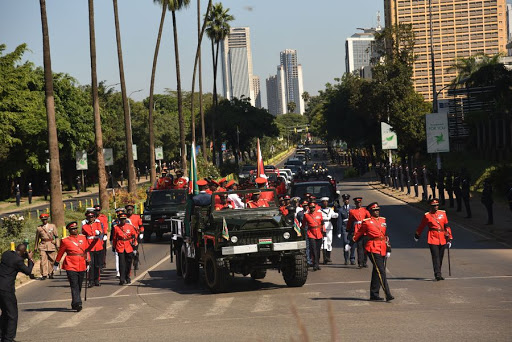 According to the Chadema Party leader, the display of the millitary vehicle is a testament that something big is in the offing. He tweeted, “countdown to official declaration seems to be well underway. Military parade vehicles in the streets of Dar es Salaam,”

He also raised questions about why Vice President Samia Suluhu is busy touring the country when everything seems to be not normal in the country.

According to Lissu, Tanzanians are being fooled by top government officials, who are not ready to tell them the truth.

While preparations for a military parade are going on, the VP is busy touring the country as if nothing is happening. Bob Marley said it all: 'you can fool some people some time, but you can't fool all the people all the time. And now we see the light!' pic.twitter.com/pV5TgXkorL

Magufuli disappeared from the lime light for over a week, with reports alleging that he was suffering from COVID-19; Tanzania’s opposition leader Tundu Lissu alleged that Magufuli had also suffered a heart attack.

New Twist As Witnesses Spill The Beans On Kianjokoma Brothers ...

Things To Greatly Avoid If You Want To Get Rich And...