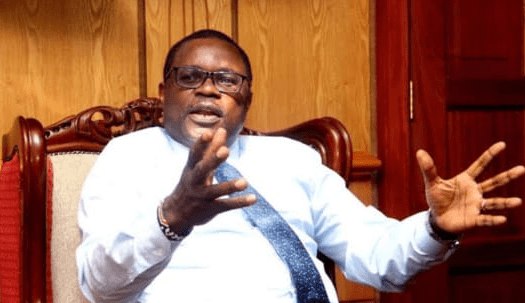 As reported by  Citizen Tv digital news,  Lusaka has admitted that indeed he fathered the unborn child.

During the mention of the case this morning, the court was told that Lusaka had agreed to cater for the child’s pre-natal care adding that other issues would be settled once the baby is born.

However, through lawyer Danstan Omari, the woman wants the speaker to buy a house in 7 days. But Kenneth’s lawyer said,

“My client has involved us lawyers to have the matter settled… The lady is three months pregnant… Because of this, it is true we are urging the court to adjourn the matter. I don’t think seven days will be sufficient “

The woman also wants the speaker to buy her a house matching the standard of where his other children  are staying among other issues.

Lawyer Omari wants the house bought within seven days, a demand that has been opposed by the Speaker.

“Delete My Number And Stop Crushing On Me” Dr Ofweneke Tells...