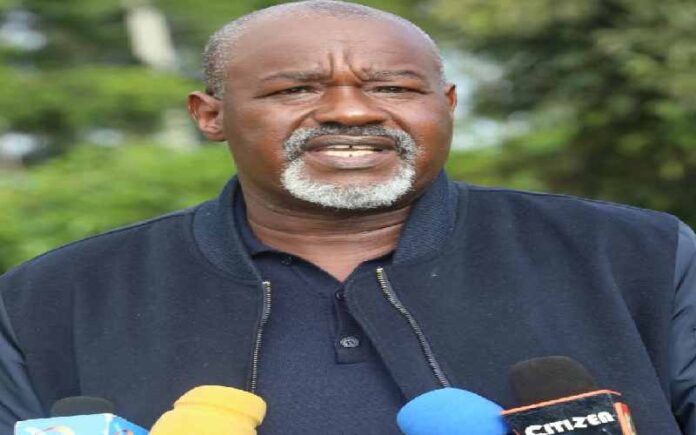 Jubilee Party expelled Soy Member of Parliament Caleb Kositany as Deputy Secretary General. A statement from his boss Raphael Tuju said the decision followed a meeting of the National Management Committee on Monday.

“Hon. Joshua Kutuny, Member of Parliament for Cherangany is the new Deputy Secretary General of the Jubilee Party,” the statement reads. Speaking to Citizen TV on Monday report on the same, Mr Kositany had much to say about the incoming Deputy secretary General.

Mr Kositany accused Cherangany of not having a mind of his own and being a yes person. “There is absolutely nothing I can tell Kutuny because he has no mind of his own, he is just going to be a yes person… I really don’t expect much from Joshua Kutuny” Caleb Kositany
Caleb accused the jubilee government of being a monologue party and it was a crime to speak up.

Caleb believes there is nothing to disband in Jubilee as it is finished; it has become a private members club. The decisions of Jubilee are made in bars and other uncommon places.

He says that without the Deputy President, jubilee is down as some of the people voted for the party because they believed in Ruto’s leadership.

Kositany say he expected to be expelled and it was just a matter of time. He says he’s now an active member of UDA and he hopes to find happiness there.