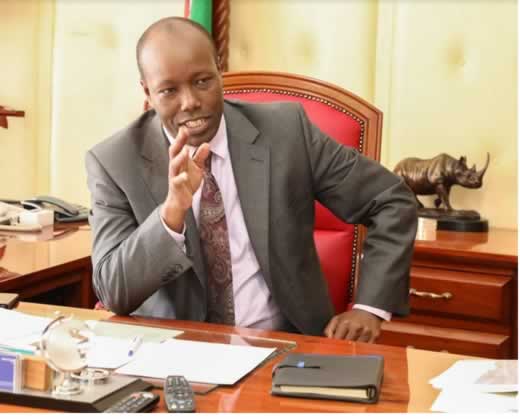 Nakuru Governor Lee Kinyanjui has been ordered by the High Court to pay a pedestrian Ksh1 million as compensation for sustaining grave injuries in a road accident.

It had been reported that a vehicle owned by the Governor hit Charles Mugi along the Nakuru-Nairobi highway on December 7, 2010.

As a result, Mugi sustained permanent fractures on the right leg and sued Kinyanjui for damages and compensation in order to cater for medical expenses.

Justice Hilary Chemitei ruled that an award of Ksh1 million was appropriate as a result of the tragedy.

“Taking all the factors into consideration as well as the element of inflation, I find that an award of Ksh1 million would have been appropriate in the circumstances.”

“This should be able to cover at least part of the future medical treatment,” Justice Chemitei stated.

An initial court ruling had awarded the victim Ksh1.5 million in  damages and another Ksh28,250 as special damages in 2019.

Kinyanjui, disputed the ruling argueing that the Ksh1.5 million meant for compensation was excessive according to the circumstances, saying the amount should not have gone above Ksh700,000.

On the other hand, Mugi supported the ruling affirming that the amount was proportional to the medical expenses he had incurred in the past years.

Chemitei, however, set aside the initial ruling and substituted it with an award of general damages of Ksh 1million. The award on special damages still remained at Ksh28,250