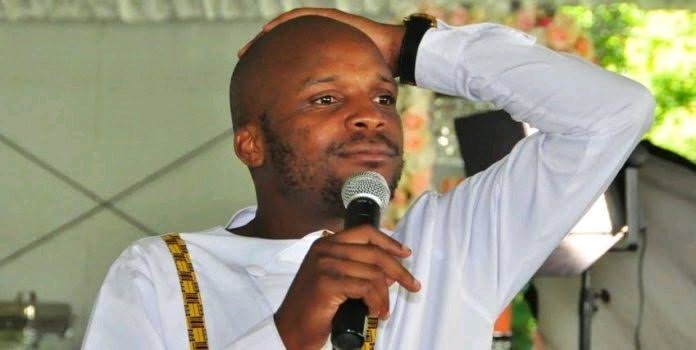 Vincent Mboya, a Kenyan who went viral for asking Comedian and celebrated MC Jalang’o for help to pay his rent has explained why he hasn’t sent the money yet despite asking Jalang’o to come for his money. 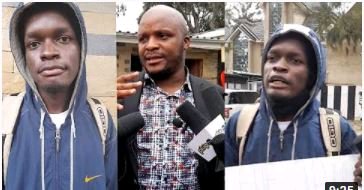 Jalang’o came to his aid  and gave him Ksh18000, but barely a fortnight, Victor is asking him to come for his money.

Speaking to online television, the 22-year-old revealed that he couldn’t send the money through mobile transaction  because he was uncertain whether Jalang’o had a pending Fuliza loan that could see the money deducted from his mobile money account.

When asked why he couldn’t send the money directly to his phone number, Mboya replied; “ningejuaje ako na Fuliza?”

“Unajua unaeza tumia mtu pesa upate imekatwa na Fuliza. Kwanza yeye mwenyewe hakunitumia kwa Mpesa straight, he sent to the bank (You know you can send money to someone and it is directly to his Mpesa account and his deducted by Fuliza. In fact, he did not send the money to my Mpesa),” he added.

Mboya adds that he will consider the Mpesa option after having talks with his team now that Jalang’o has asked him to do so.

He revealed that his intention to refund the money is in good faith and aimed at reciprocating the kind gesture that was accorded to him by comedian Jalang’o.

“Vile ameniambia nimtumie kwa Mpesa it is fine. Timu yangu tutakaa tuangalie hiyo maneno (Now that he has said I send the money to his Mpesa that is fine.”

Is this guy tripping and just looking for Claut? Let me know
And please follow us for more news