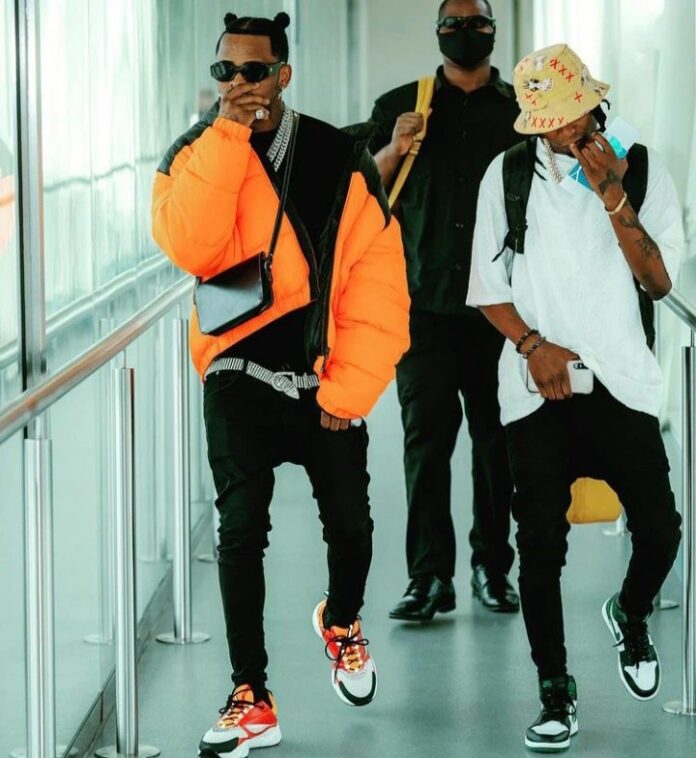 A renown Producer S2kizzy who is Tanzanian born has surprised all his fans after praising Diamond Platinumz on his recent post in his instagram page. The talented and hard working producer said that he is blessed to walk with a lion who is Diamond. Producer S2kizz is responsible for Diamond’s hit songs like Tetema feat Rayvanny, Kanyaga, and many more.

The duo have been spotted heading out to South Africa for what has been clarified as the making of a King’s Album.  Diamond on his Instagram has clarified that a new album is on the way and as seen producer S2kizzy has begun working on it.

Immediately they landed they begun work. Fans have praised their classy outfit and commend Diamond for his unique swap between office attire and the street look.

Chibu Dangote has also surprised many fans when he posted that the last time he did a song personally was 30th November 2020.

Wasafi has released two Albums now which are Ray’s Sound from Africa and Mbosso’s Definition of love. It has been a tight race between Diamond’s Waa and Ray’s Pepeta as they both hit 60million views on Youtube.

The duo are currently the most streamed artist with 150Milion plus in streams who are really determined to take The Tanzanian bongo song genre to another level in the music industry.

Their resilience and hard work has never proved futile. It has seen the entire wasafi crew rising from one level to another in the much coveted music industry.

Let’s wait and see how this coming album will be received by majority of the bongo flava music fan.

Willy Paul Calls Out To Size 8 For Blocking Him, “Nitakufinya!”...