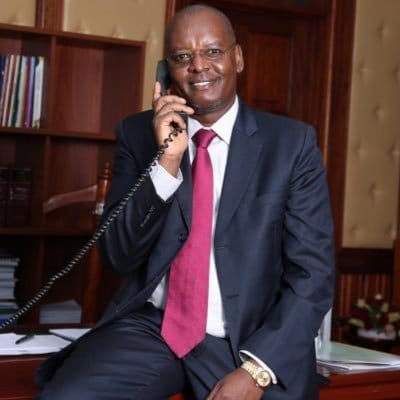 The National Assembly Majority Leader Amos Kimunya has dismissed reports that there are plans to oust him.

Kimunya says nobody has complained to him about being unhappy with his leadership.

The National Assembly leader however admitted to probably being too pushy in getting government agenda done.

Kimunya is confident that there will always be people opposed to his style of working and the most he can do is to try his best and accommodate them.

The Kieleweke Members of parliaments have blamed Kimunya for lack of leadership in the house. This is something that threatens president Uhuru Kenyatta’s agenda.

“He should go like yesterday. President Kenyatta will not achieve anything with him (Kimunya) at the helm of the House leadership,” fumed an Mp from Uhuru’s camp who sought anonymity.

Speaking with the nation, some of the legislators who sought anonymity stated that they are pushing for the ouster.

Amos Kimunya was appointed to the position of Majority leader after the efficient Aden Duale was ousted from the position due to his close relationship with Deputy president William Ruto.

During his tenure as Jubilee majority leader , Aden Duale was famed for the way he ensured government bills are voted through in the national assembly.