Moments after an Akorino pastor from Kirinyaga was convicted to serve in jail for 140 years after defiling and impregnating his two daughters, another 72 years old man from Kegogi, Marani sub-county Kisii County, was arrested for defiling a two-year-old baby.

The suspect, Henry Ondieki was saved from the hands of an angry mob by the police after the villagers caught him while escaping moments after he allegedly committed the crime.

According to a police statement narrated by the baby’s grandmother, the older woman had left the baby playing with other children when she left for the Kegogi market. Upon returning, she found the baby on the ground crying and bleeding and raised the alarm.

“When she came back from the market, she found the baby on the ground crying and bleeding, which made her raise the alarm leading to the arrest of the suspect who was trying to flee from the scene,” part of the report read.

After the terrified and angry older woman raised the alarm, members of the public and villagers responded to the call vividly and almost set the suspect on fire. 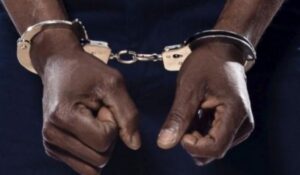 Were it not the intervention of one village elder who saved the suspect, the enraged mob could have ended his life. The suspect was arrested and taken to Kegogi police station after receiving treatment at Kegogi Level III Hospital for the severe injuries inflicted on him by the mob.

The abused baby was also admitted to the Kegogi Level II hospital, where she is still receiving treatments.

Men, what’s going on? You are turning wild, from committing incest to now defiling babies. You are losing your dignity and respect the society once accorded you. Stop it!

For What Reason Do We Hurt Those We Love Most And...