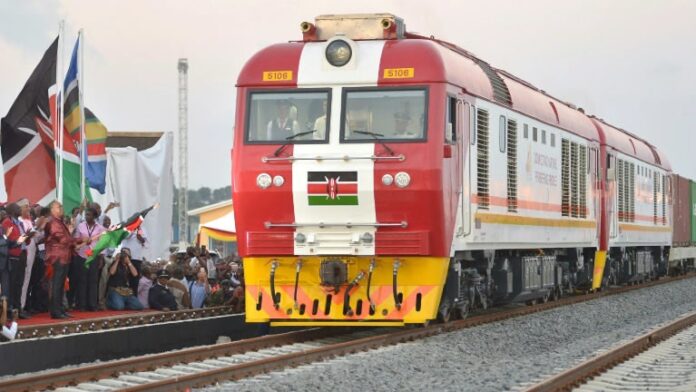 The festive season has come to an end and now as they say, after every bright day we get to the night. How’s your darkness? Some have darker nights than others and others have the darkest nights. As I sleep into the comfort of opaqueness that surrounds my eyelids, I can’t help but think about tomorrow’s fare to town. The distance is slightly stretched and the sun can’t heave a sigh of relief to let the son of man trek so he has to think without the box.

Trying figure out where the morning rays pass through; the ventilation or the unattended roof and a thought strikes me. We have been building railways since they came with civilization in douche bags strapped to their waists. Is it past hundred years ago now? Yes, and the big box containers are still whistling and noising in the bushes as they try to get to town.

The native African saw the coming of efficiency as they say. A connection of the interiors to the world; sea. Expensive raw materials out and t-shirts and pajamas for the savages in. For many years they did this and the native nigger saw it as a means of exploitation; which still is. Look at our debt situation and convince me otherwise. So it never occurred to us that trains were an effective means of transport?

Take a train to the coast. Take a train to the lakeside. Take a train to Mt. Kenya. Wishful thinking. Is it wrong though? Is it not happening? It is. Is it efficient? let’s talk going to Nanyuki for half a sunlight day. Since the road transport sector was affected by the pandemic due to social distancing guidelines, things got juicy for the matatu crews but got tough for the commuters and owners; who take whatever dime from a hard day’s struggle. Travelling has become a luxury that it was back when few had cars and a bigger deal fewer afforded a taxi ride.

A train is often half the price of a bus ticket; if the said route has an existing railway truck. A ride to the coastal towns is cheaper and time saving on a train than on a bus. But since we are thinking without the box; here is a concern that we ought to address. A bus will pick you in town and leave you at its terminus conveniently in the CBD where you can gather your back pack and catch the next ride to your specific destination. For the train, you have to do some chasing. Where is the terminus? Conveniently outside town and with that you have two journeys to plan for. First, a trip to and from the termini and secondly the train ride to the coastal town. All this comes with an extra cost. I recently heard that a single ticket will be able to cater for these two trips that a commuter has to make. This will be divine welcome like our civilization a few centuries ago. 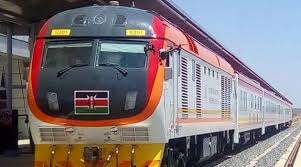 Let’s go to Nanyuki, the town lying below Mt. Kenya. A passenger train is cruising the truck to and from this town cutting across ‘tourist attractions’ to town. For a few shillings and in a quarter of a day you will be in the city. Leave the roads we wanna lazy our way to the city; time is a no-concern. We are tourists in the jungle every day anyways. The price-cost is cheap and affordable compared to a matatu cruise but the time-cost is expensive. In a century where one wants to be like the current best, time is a bargain. For tourists, an expedition worth the time and long cruise but for the many on a time leash; you are crazy in the head.

A squeal is heard from a far, a dark smoke darkness the hot sun for a while in the distance. A whistle is about to break the night silence and a signal brighten the dark nights as you think of tomorrows fare to town. A glimmer of hope but is it hope you really need or salvation? A hope for a cheaper tomorrow is a wild dream like my fascination with a time when we leave the roads and pay homage to the labors of laying a railway truck. He saw a snake coming to his land and rested a champ.

DP Ruto Cautions Police Not To Take Any Political Sides