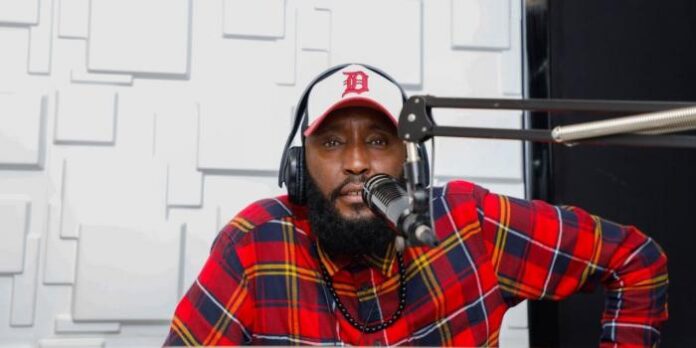 The Radio Africa group will be countersuing its former Home Boyz programs controller and show host Shaffie Weru for a tune of Ksh.150 million, reports. According to the Star-also owned by the group- Radio Africa will sue the ‘Raverend’ for breach of contract and negligence.

The group will be seeking compensation for loss of business and reputation damage occasioned by controversial statements made by Mr. Weru during a breakfast show that he hosted alongside DJ Joe Mfalme and Neville.

According to the group, in statement: ”the media personality had received rigorous training on media regulators’ programming broadcasting regulations and codes of conduct and ethics. Including a very recent training by the Media Council of Kenya in February 2021 which covered: Ethics and Code of Conduct, Fake news and Fact checking, Interview skills, Conflict Sensitive Journalism, Hate Speech Dilemma in media,”

The latest comes in the backdrop of claims that Mr. Weru was suing his employer of 18 years for wrongful termination of his contract. Several documents that made rounds on social media on Tuesday indicated that the former radio presenter would be seeking at least Ksh.21m in compensation.

On Sunday, Homeboyz Radio, through its parent company Radio Africa, has fired its breakfast show presenters Shaffie Weru, Neville, and DJ Joe Mfalme with immediate effect.
The trio was let go following comments they made on the station on Thursday morning about Eunice Wangari, 20, who was reportedly thrown from the 12th floor of a building by a man after refusing his sexual advances.

The remarks elicited anger from Kenyans online with many of them calling for action to be taken against the three. The trio had earlier been suspended from the station pending investigations, during which period the East African Breweries Limited (EABL) pulled all sponsorship connected to them at the station.

The controversial remarks also saw the Communications Authority of Kenya slapping Homeboyz Radio with a Ksh.1 million fine and suspended its breakfast show for six months.
A Director General Mercy Wanjau, in a press address on Sunday, said the comments made during the breakfast show of March 25, 2021 were in violation of the provisions of the law and the Programming Code in respect to the requirement for broadcasters to air decent and family-oriented programming during the watershed period.

The State agency noted that the station’s presenters discussed sexual matters in an explicit and offensive manner and glorified sexual violence against women. According to the State agency, the show presenters “exposed a victim of Gender Based Violence to ridicule and implied that it was the victim’s fault that she was targeted and assaulted