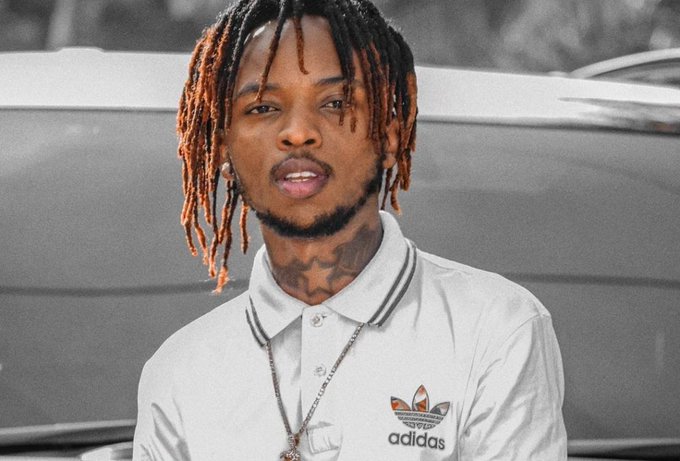 Celebrated Kenyan music producer Magix Enga has shocked Kenyans after he posted a suicidal message on his Instagram page.

The musician, also known as beat king shared a post last night at exactly read; ” I will miss everyone.” With a post written, “I’m gonna die tonight.”

The post has no clear indication as to why this celebrated ngenge tone artist and producer posted this or why he’d sound suicidal.

Going through his posts, he mourned a friend by writing; ” I wish I can talk to you now. RIP King Mose,” with a picture of his deceased friend, and “I miss you” as a caption.

A scan through his previous post did not paint a man troubled to an extent of ending his life. He was full of life. Pictures showed him at Nairobi national park.

As usual, everything is a joke to Kenyans. Most of them didn’t take his suicidal post seriously. Some even sent him greetings to their loved one while others hilariously sent him to Kenyatta saying that his son is making Kenyans suffer.
Here’s more of the comments; 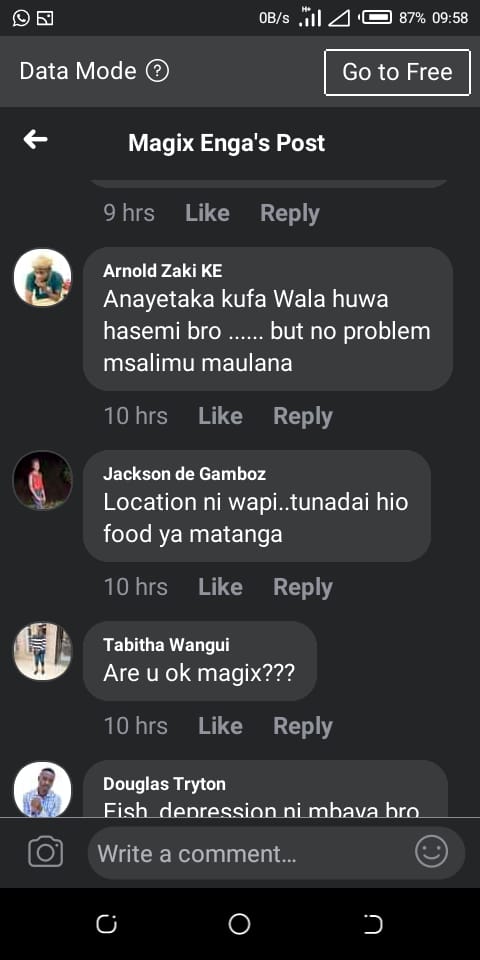 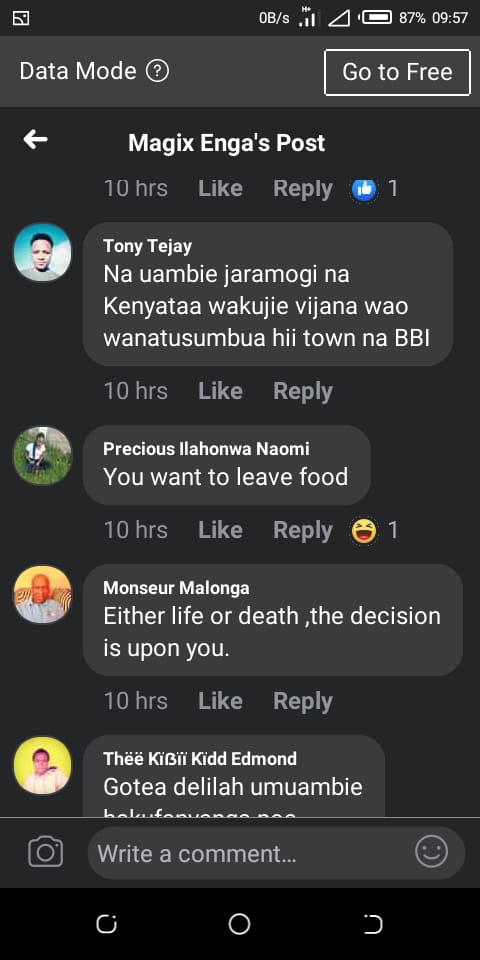 Magix Enga is one of the notable music figures in the country.

He started his music career as a gospel music producer before making inroads in the Genge industry where he has produced classic songs.

Let’s all hope he won’t do it.