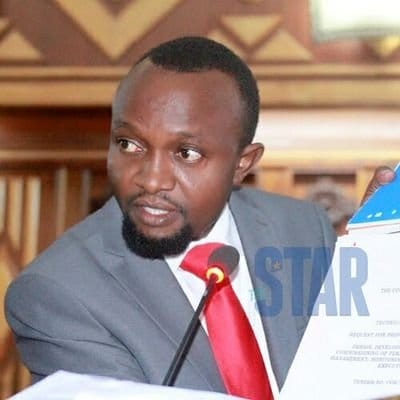 For over an year now, The Deputy President William Ruto has been under pressure to resign, others have suggested on an impeachment motion in Parliament.City Lawyer and Advocate of the high court, Ndegwa Njiri sparked reactions on social media after alleging that the Deputy President was not elected but nominated by President Uhuru Kenyatta.

The city lawyer argued the constitution should be amended to compel the deputy president to be subordinate to his boss.

In a tweet he posted on Saturday, March 6, Njiru suggested time was ripe for the state to deal with the DP’s “despotism” by amending the law to make him a subject

The advocate argued the second in command never voted for himself thus had no moral authority to claim to be an equal partner in the Jubilee government.

makaumutua @MutahiNgunyi @kipmurkomen @susankihika RUTO was never ELECTED as he claims but NOMINATED by PRESIDENT UHURU is it not the right time we handle the DP DESPOTISM by amending the law to make the DP SUBORDINATE to the PRESIDENT? RUTO never even cast a VOTE for himself

In a previous tweet, Njiru the ‘impeachment lawyer’ , said Ruto was ripe for impeachment. The youthful litigant accused the second in command of sabotaging the president. He said that in politics, it’s always prudent to take those seemingly hard decisions and the 240 Jubilee MPs are by default giving latitude to Ruto to continue with his undertones of undermining UHURU.

All in all, the DP has said he won’t resign!