Gatundu Member of Parliament, Moses Kuria at the burial of the late Salim junior yesterday criticised that he had given up on the current government’s ability to help musicians improve their livelihoods, and urged them to wait for the next administration.

The MP who spoke before Governor Lee, couldn’t help himself but blame Orange Democratic Movement leader Raila Odinga, criticizing that he was the responsible for the failures of the Jubilee government for distracting President Uhuru Kenyatta with the Building Bridges Initiative. 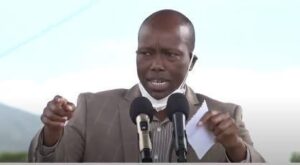 It’s is then that the Nakuru Governor dared Saying that Moses Kuria was only an entertainer, and leadership and entertainment don’t mingle.

“I like listening to Moses Kuria because he is an entertainer but leadership and entertainment are not the same,” the governor started his onslaught.

According to Governor Lee, the allocation of funds that the BBI proposes would give way to giving out more than 50,000 bursaries for students therefore encourages the people not to be rallied to reject it.

“It is too earl 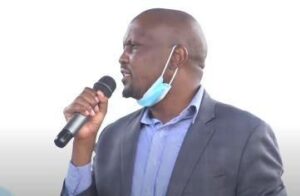 y to start asking people whether they support the BBI or not. When it is discussed by the county assemblies, Kenyans will be asked to support or reject the document. You cannot serve an exam before teaching students. Once public education is done, then Moses Kuria can come and ask whether you support it or not,” Governor Lee stated.

He appreciated the MP’s concern for the musicians’ welfare but challenged him to do more than just speak at funerals and rallies.

He stated that it was unfair for the vocal MP to be drawing a salary but telling people to wait two more years for their needs to be met.

He added that even the ringback tones which Kuria had criticised, belonged to private organization and not the government.

Let us not lie to people for fun. You are telling us to reject a document that will increase Nakuru County’s allocation by Ksh 5 billion which could be used to building a facility for musicians, where else do you want us to get that money,” the county chief wondered.