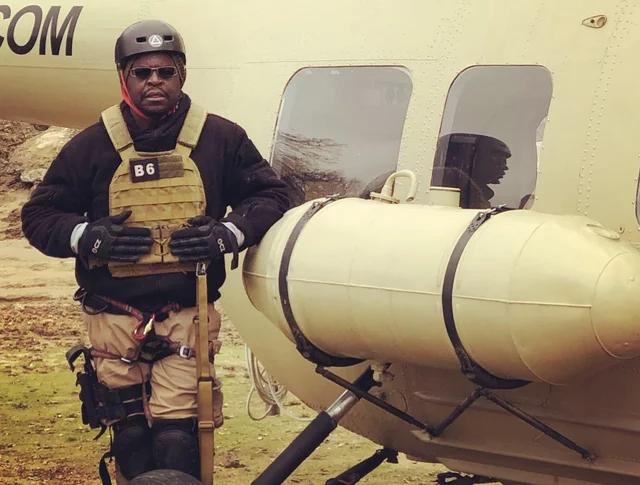 It’ now emerging that Ainea Ojiambo was protecting his precious chain from the blood thirsty thugs along Moi Avenue who decided to use all the avenues to have it.

The unfortunate shooting along Moi Avenue by one Ainea Ojiambo has left netizens puzzled with some blaming the gun holder for shooting at everyone aimlessly during the incident From the CCTV camera, a man believed to be Ainea Odhiambo was pounced on by two street thugs who were after his golden chain.

Apparently, the man that received the bullet was a private security officer who was just on his normal duties guarding one of the premises.

Feeling confused and annoyed, Ainea Odhiambo who could not stomach the behavior by the two thugs removed his gun in self defense before shooting the wrong man.

In the meantime, he was standing near a white car with a middle aged lady whose details are yet to be unraveled by the Sonko News Desk.

After the melee, Kenyans surrounded the scene of the crime with others almost lynching him for shooting an innocent security officer.

How Many Times You Should Train Your Muscles Per Week For...